In this dev log we'll discuss all the new features, such as attackable buildings, new RTS unit controls, new units, changes to how traps work, and lots more. 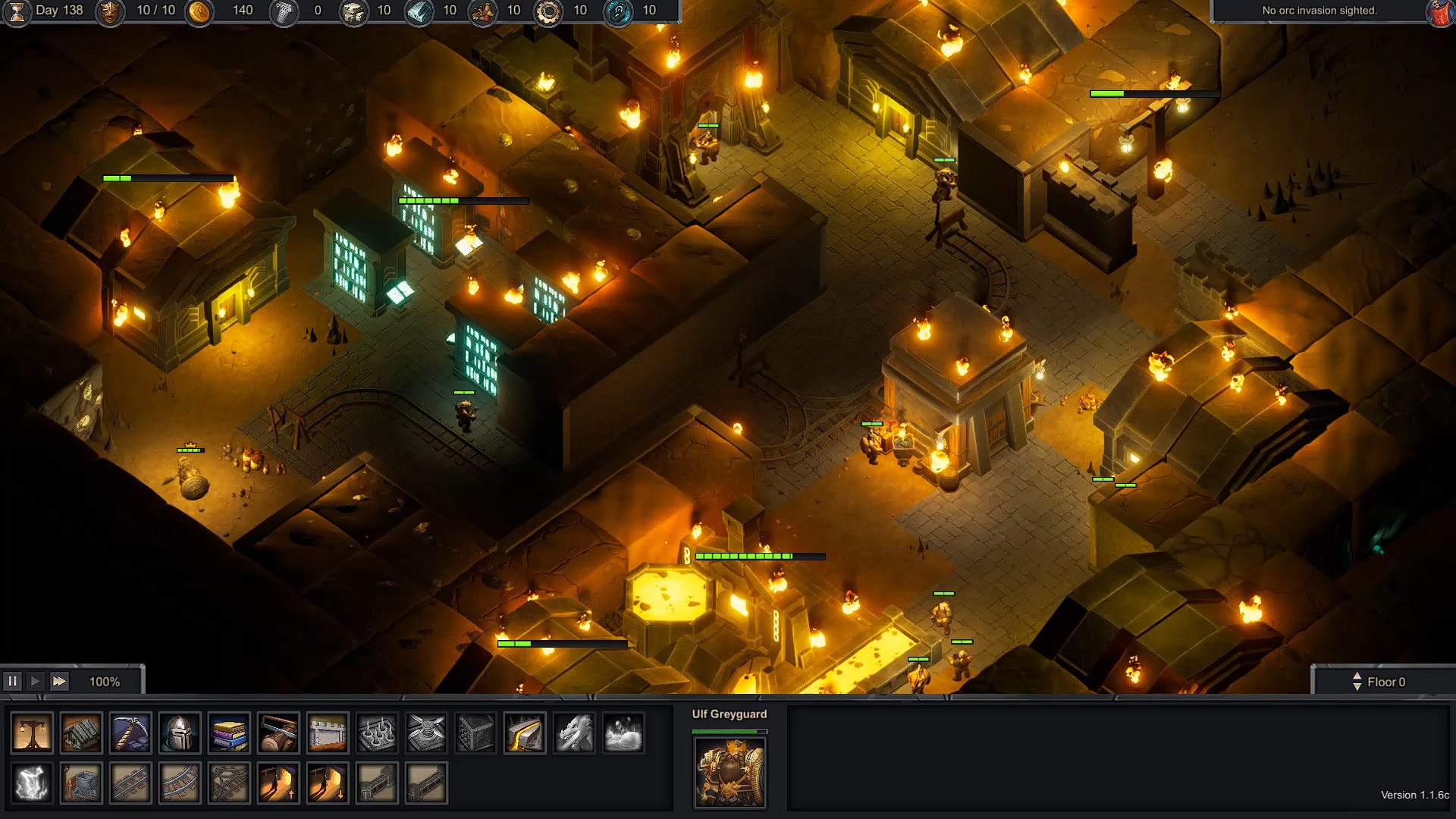 Buildings are finally attackable! Its no-longer possible to simply wall-off against the first orc invasion, and you'll have to find new ways of dealing with the frequent invasions. Additionally cave creatures will also attack buildings if provoked. Buildings "catch on fire" as they are damaged to show how damaged they are. Engineers can be used to repair damaged buildings. Engineers cannot repair a building while it is being attacked.

I'm happy to finally add more units to the game. This will likely continue for a few more weeks until we have a satisfactory number of dwarfs, cave creatures, and orcs.

The Longbeard (right) and Tunnel Scout (left), are two new units in Beneath the Mountain. One provides a heavier, high-armor infantry unit to help combat some of the tougher orcs. The other provides ranged support fire using a crossbow. Tunnel Scouts especially contribute a lot of additional damage during fights.

The Orc Warlord is my favorite model ever, and a new addition to invading orc armies. It has high armor, and a shield with a high block chance, making it a very tanky opponent. It has almost the same strength as a Cyclops, but less health and slightly less damage.

The Bile Worm (left) is a new addition as well. Its simply a weaker version of the Rot Worm (right). The reason I'm adding this is because while one rot worm is an easy fight, two rot worms are rather hard. Now, caves can spawn with one rot worm, and one bile worm, for a medium-difficulty challenge. Overall, I'm making the rot worm caves a bit less challenging.

The Giant Spider is finally in the game! This last addition completes our selection of small, medium, and giant spiders. Giant spiders have higher health, attack damage, and most importantly, movement speed. They are terrifyingly close and it will be very hard to run away from one. Really looking forward to seeing how these perform in-game!

Slimes can now also be found beneath the mountain! Slimes have extremely low movement speed, zero armor, but very high health pools. They offer a different type of challenge to the player. Right now, a slime cave has a variety of small and medium sized slimes, but in a future update this will change. All the player will ever find is medium slimes, which will then each summon up to 10 small slimes. The idea is to kill the medium slime before it spawns too many small slimes and overwhelms the player's dwarfs.

It is now possible to double click a unit to select all units of that type visible on the screen. This is really useful for separating one type of unit out from a group of units. For example, if you have a group of warriors, and miners, but you want the groups to separate.

Additionally, miners and engineers now respond to user input when told to perform a work action. For example, you can tell a specific miner to mine a rock cube, or to command a selection of engineers to repair a building.

Lastly, you can command units to attack move with the R keybind, and command them to hold their ground with the X keybind. Attack move is great for commanding a group of units to engage another group of enemies. Hold ground can be very useful for creating a line of dwarfs that block the enemy. 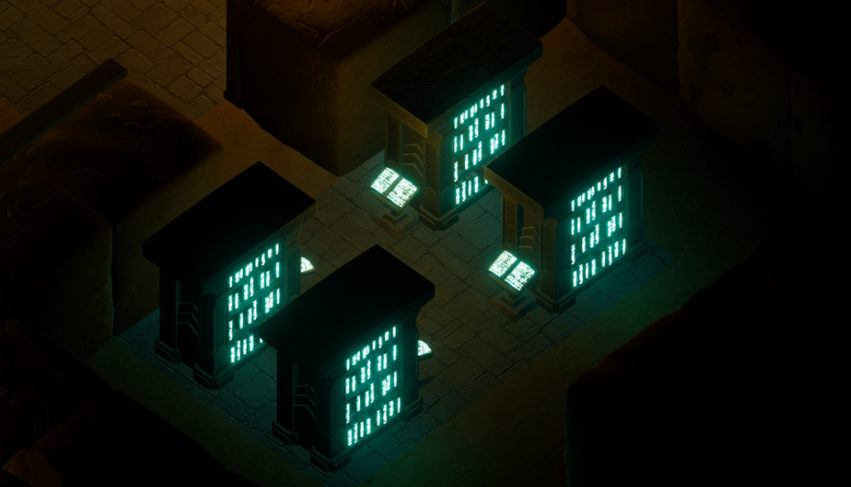 Barricades are basically a low-height wall that allows Tunnel Scouts to attack from ranged while having something to hide behind. Barricades have relatively low health, so they can be attacked and destroyed by enemies 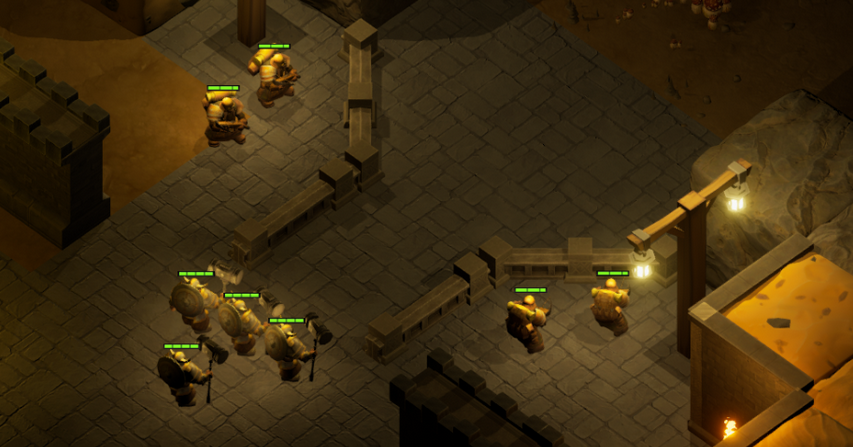 Traps have seen some major changes since the last big update. Traps all have a much longer cooldown period now, but, they also do significantly more damage. This is to prevent players from having to "kite" enemies over traps in order to kill them. Traps now also do damage to dwarfs, so make sure there are no dwarfs near your traps when they go off!

Additionally, you'll need a Workshop and some Engineering Parts to make traps. Its recommended to build a workshop fairly early.

As usual, here's my current list of things I'll be focusing on next:

This is very good! Good luck!

Thank you! If you played the game, I'd love to know what you thought! Hope to see you again for future patches :)

This is awesome! Love this so far. How best to go about giving feedback?

Leave it here as a reply, PM me, or just add me on Discord! Failosipher#8127

Glad you like it! Looking forward to hearing what you think :)