After a long search for the right artist, I've finally teamed up with Rigo Vega to make new background art for the main intro sequence as well as the main interface background. Below you can see some of the concept images. Hopefully we'll have the final version done within about a month or so. I can't wait!

It took me most of a week to re-write a lot of the AI for dwarfs, cave creatures, and greenskins. However, now that its done, we have units that can evaluate their nearby targets and make educated decisions on which target is best to attack. Furthermore, this system could be extended to make the AI even better. For example, a very dangerous creature could be configured to prioritize attacking low-health targets, or ranged targets, etc.

These changes can best be seen when an orc invasion occurs. The orcs will attack buildings and units alike and will no-longer chase the king without regard for other targets. This makes orc invasions less controllable but also spreads out the intensity of the attack. You'd rather lose a house than your king right?

Formations are back! And now they work for all units instead of how they used to work (when we used to have formation grounds). If you watch the gif below this text, you can see that the dwarfs stay in formation even when there is something taking up the space they wish to occupy. This is built-in and doesn't take any extra work from the player, so now you can move any group of units around, and they will smartly occupy the space and create neat formations.

I found some new goblin models recently and added them as soon as I could. We now have a goblin shaman (left), and a goblin assassin (right). The shaman currently only has a minor ranged attack, but when I add unit abilities will have several powerful magical abilities. The assassin is just a high-damage and low-health goblin that is only a real danger if it is ignored completely.

YES! We have demons! They exist only on the bottom floor currently so most players won't face them (yet). They have massive health, armor, attack damage, and attack speed values. Again, once I add unit abilities, they'll have numerous abilities each (fireball, fire nova, etc), and be much more dangerous than they are now. Also, these are just two of the demons I'll be adding. There will likely be half a dozen other models coming soon.

The Tavern is the place where dwarfs go to eat and drink, to recover their lost health. The way it work is, you have buildings that produce food. This food is shown as a currency on the top bar in the UI. Units that are low on health will run over to the tavern, consume food, and regain health. You can see that happening in the gif below.

The Brewery is (currently) the only building that produces food. I'm planning on adding  Mushroom Cave and Rat Farm buildings soon to give greater variety in food. All of this will also tie into the talent tree system coming in later updates.

Tip: I recommend making a brewery first so that you can reach 10/10 food before making your tavern. Always build some food source before building the tavern so that when the tavern has finished construction, your dwarfs can eat and heal. 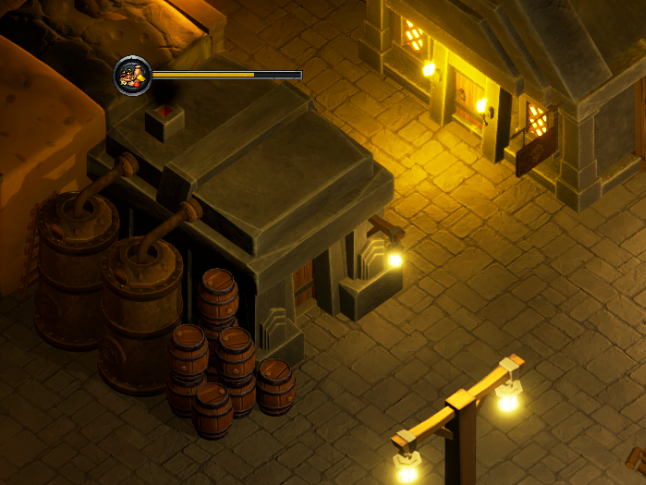 The temple is a new building that will (but does not currently) give the abilities to train magical units (rune priests). It will also tie into a magic/mana system to be added later. 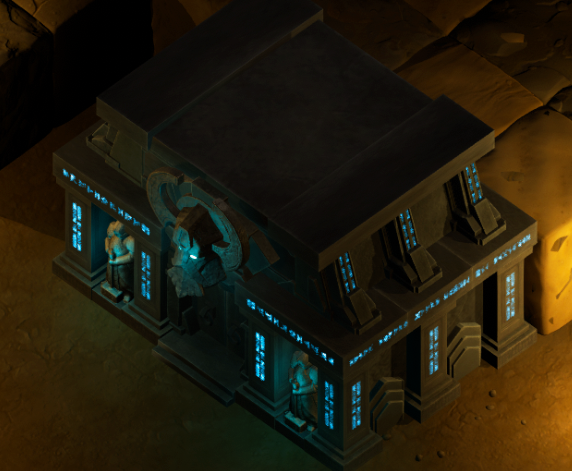 I can't believe I waited this long to add this system! Its so awesome! The way it works is you mark a cube for mining by left-clicking it. Then, you can right click to set it as a high priority cube. This will change the indicator from yellow to blue, and all dwarfs will switch over to work on this cube if possible. They will literally stop what they're doing, no matter how far, and come mine high priority cubes.

Tip: This is great for clearing space fast. Are you 10/10 population capped and all your miners are busy mining gold/silver but you desperately need a house? Mark 4 cubes as high priority. The miners will switch from the gold/silver, clear out the space for the house, and then go back to mining gold/silver!

I've increased the maximum zoom range of the camera by quite a lot. If the game is not paused while zooming out, it will return to the default camera height after a few seconds. If the game is paused, you can zoom out as far as you want and look around. Also, hitting I on the keyboard (uppercase i), will disable the in-game interface allowing you to enjoy the majesty of your dwarven kingdom.

All resources now have a maximum cap. This solves a number of resource generation problems in the long-term. The way this works for most resources is like this. Lets say you build a Brewery. The Brewery gives you 10 maximum food (seen below), and gives you 1 food every 20 seconds. This continues until the maximum amount is reached. So, in short, every additional resource production building you construct increases both the rate of resource generation, as well as the maximum amount of that resource you can carry.

The cap on gold can be increased by building the mining camp, but will be more greatly increased in the future once I finish making the Treasury building (coming soon).

I recently set up a discord server for Beneath the Mountain in hopes of centralizing a lot of the feedback I've been getting as well as building a community around this game. I've included a link to the discord in the game (seen below), but you can also find it here: 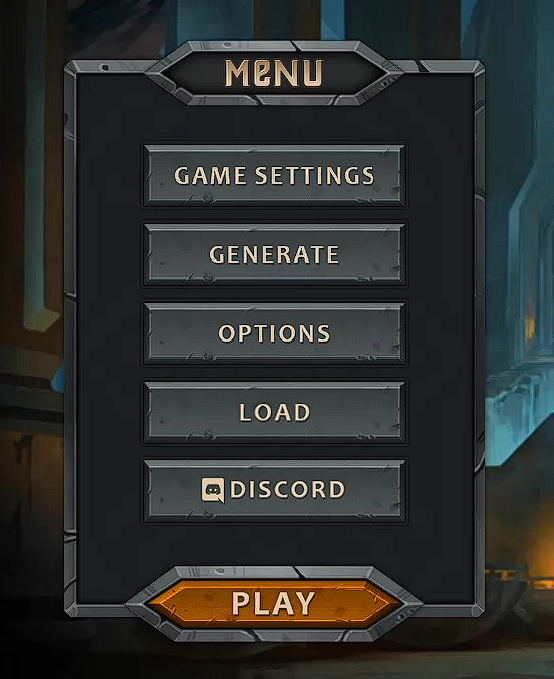 I realized recently that I have almost no gameplay footage up on Youtube. So, I played a standard game, the way I usually play it, and tried to explain some of the more advanced tips and tricks that I use, as well as how to use the systems I've built in Beneath the Mountain. Check it if you'd like to learn some of the finer points of the game:

Here's what my whiteboard has listed for the next patch (1.1.8):

Hopefully at the end of the next patch you'll actually be able to win the game (lol), as well as enjoy a more fair challenge with better balance on invasions and cave creatures.

Thank you for taking the time to read this crazy long devlog. I hope you check out the game and please leave some  feedback here or in the discord channel.

I'm not sure how doable it is to get a toggleable graphics settings, but it would help a lot. For now, I'll just wait until I'm upgrading my computer again, but I haven't run into any other games yet where I had the issues I couldn't run it at all (although usually on medium graphic settings).

I'm sorry you weren't able to run the game on your machine. The game has some basic graphic options that you can adjust, but I haven't had the time yet to add more options to the interface. Also, the game is still in development, and I haven't optimized the performance yet.

I will do my best to add some more low-graphics options soon. Regardless, thank you for checking out my game :)

I'll definitely play it again later at some point. Just figured you might want to be aware that it's currently on the heavier side regarding base requirements. Looking forward to seeing it later again!

Nice! Will try out the new version tonight